A loan officer at a multistate banking company was urged by her middle school-aged son to check out some new music he was listening to. Since she was rushing to get to work, he loaded it from his laptop onto a flash drive so she could bring it along. She arrived at work, poured herself a cup of coffee, logged in to her computer, plugged in the portable drive, and opened a music listening program. While she was listening to the new music, malware from her son’s laptop infiltrated the bank’s system, took over her computer, and began spreading. By lunchtime, the private financial information of thousands of customers had been compromised.

1Investment and insurance products and services are offered through INFINEX INVESTMENTS, INC. Member FINRA/SIPC. Infinex and the bank are not affiliated. Products and services made available through Infinex are not insured by the FDIC or any other agency of the United States and are not deposits or obligations of, nor guaranteed or insured by, any bank or bank affiliate. These products are subject to investment risk, including the possible loss of value.

You're about to leave the Watertown Savings Bank website.

The Bank does not endorse or guarantee the products, information, or recommendations provided by linked sites and the Bank is not liable for any products or services advertised on these sites.
Each third party may have a privacy policy that differs from the Bank.
Any linked site may provide less security than the Bank's website. 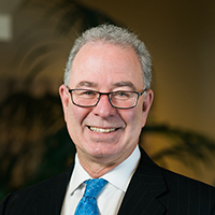